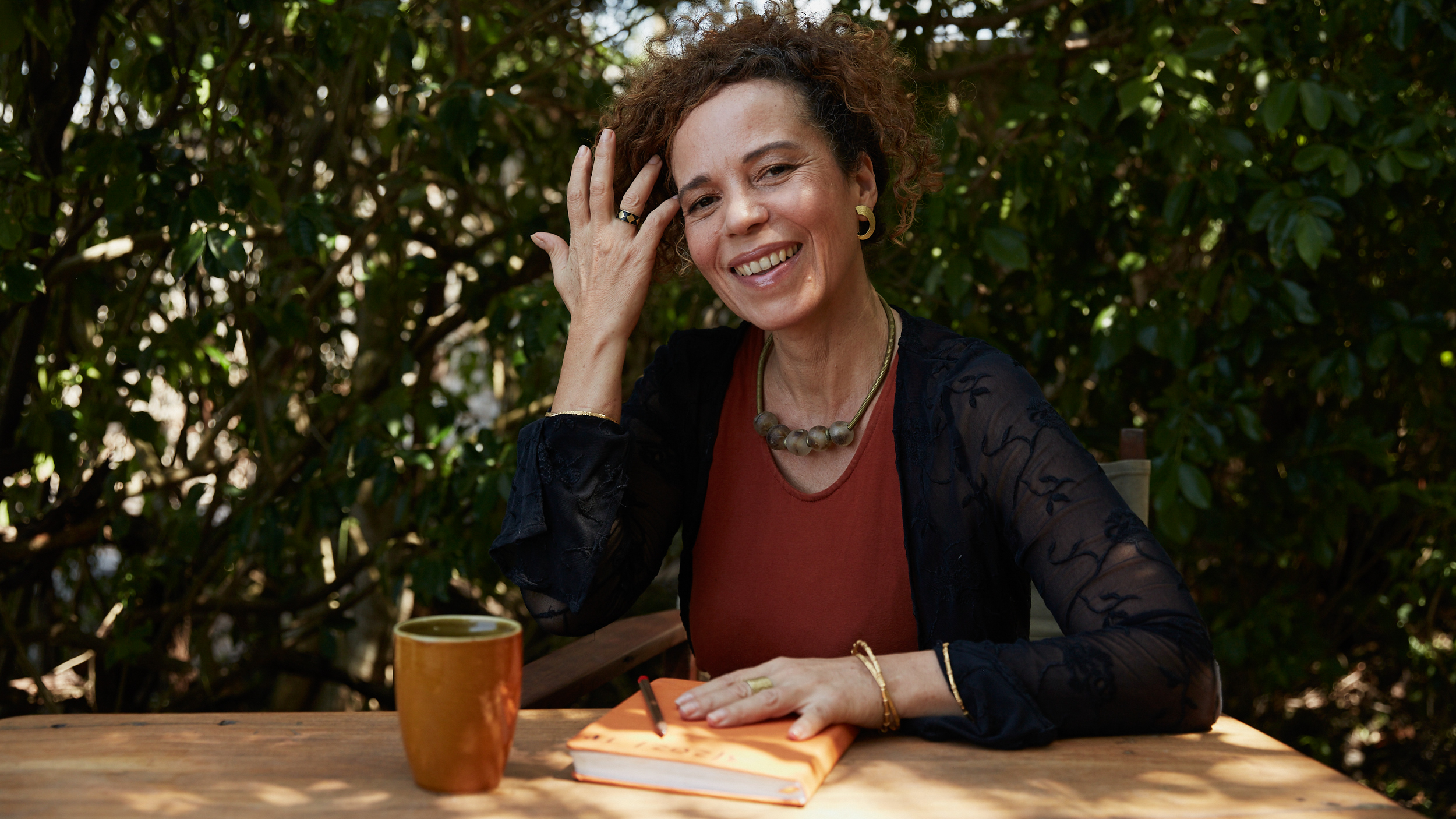 In our November newsletter, we introduced our new content series peacebuilding lessons where we give you key insights and lessons learned from a variety of peacebuilding and peacemaking processes. This month, we hear from our Executive Director, Thania Paffenholz, who gives us insights into her role in the Colombian process and the key lessons she learned.

Q: About five years ago, you went to Colombia to act as an expert facilitator in the peace process that led to the ratification of the Colombian Peace Deal in November 2016. Could you tell us about when you entered this moment in history and what role you played in it?

TP: Talking about the Colombian peace process, we first need to define which process because there were several peace processes consisting of negotiations between the different armed groups and the government. I entered two of these processes: the process between the government and the FARC and the process between the government and ELN. In the FARC process, which culminated in the Colombian Peace Agreement in November 2016, I entered in the last phase when it had already gone public. In the ELN process, I started my engagement in the first phase of informal and confidential bilateral negotiations and then continued during the formal negotiation phase. 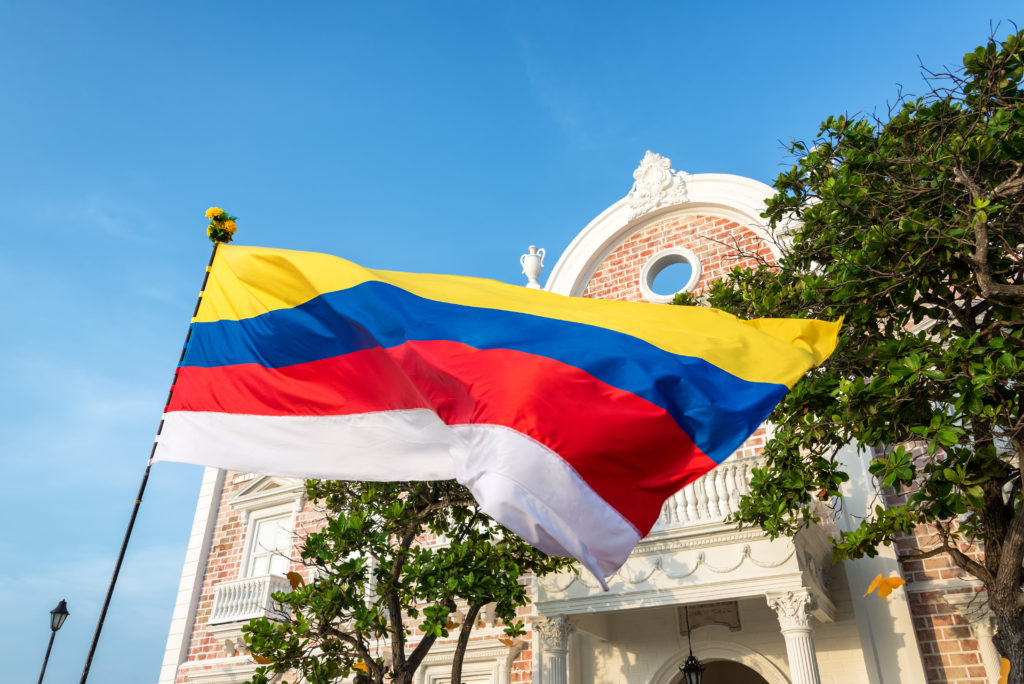 Colombian flag waving in front of a historic building in Cartagena, Colombia. The white stripe has been added to symbolize the peace process. Photo: Shutterstock

In the final phase of the FARC process I worked with a variety of actors in and around the process. I worked with Colombian civil society organisations including the Catholic church and supported different civil society consultations that fed ideas into the talks, both in Colombia and the Diaspora.

I also worked with international actors supporting the two sides. As an example, during the last round of talks our research team developed a non-paper – which we later published as a report – on the role of civil society in ceasefire monitoring which helped to inform the implementation design of the agreement.

Overall as an organisation, we played very much a behind-the-scenes role in providing ideas and options for those inside and around the talks. After the peace agreement was signed we provided assessments and ideas to both the government, civil society and international actors about strategies for the referendum. The signed peace agreement was put to referendum which failed in October 2016. When the referendum failed, we helped facilitate a new process design to renegotiate the agreement .

In this work, I pushed for what you could call the survival of the peace process despite a failed peace agreement. I provided ideas and options for next steps the week after the referendum to the government and civil society actors such as the student movement, the unions and international actors.

During the ELN process, I worked intensively with the ELN and later also with the government and the facilitators to design a participatory process for the talks and the broad societal consultation process.

Q: Could you outline the key lessons you learned as an expert facilitator working in these processes?

TP: Sure, of course there’s a multitude of lessons that I as an expert facilitator and we as an organisation learned, but I’d say that three lessons stand out from the Colombia process.

TP: In Colombia it showed, as it has in all the peace processes I’ve worked in, that good entry points on all levels are key.  From these entry points you have to build your networks among a broad spectrum of actors from the parties as well as those who can influence the parties, key constituencies in the country as well as the public, and the internationals.

In Colombia, I worked very closely with governments that had access to different actors inside and outside the country. This gave me both access and the ability to enter these spaces. It was an essential strategy to have government partners that were supportive to give the needed political greenlight and protection. So, when I say build your networks, I don’t mean only working with a network of local partners, but with a huge international network of various stakeholders. And it also means to leverage your existing network in the country – in the Colombian case, we had a broad network of civil society and religious actors that we activated throughout the work.

As an example of important entry points in this case, I would mention that we as a Geneva-based organisation, had a close collaboration with the Colombian ambassador in Geneva which provided excellent contacts. We also worked with global religious networks and women groups that gave us access to Colombia specific actors such as the Catholic Church and women networks in the country.

TP: In the Colombia case there was such a conducive environment for peace, regionally and internationally – the US was very supportive, the whole world was supportive. And you could say that there was such a hype for peace, that at times, the resistance to the peace agreement that existed in Colombia was forgotten. If you look at it from a comparative perspective, such a resistance is normal. The key lesson is to take the resistance into account and not only talk to the moderate pro-peace parties but also to those that are not in the pro-peace camp.

In Colombia for example, a large part of the population was against a peace agreement with the FARC. Many people had suffered from the human rights violations that took place during the war and were of the opinion that making peace with the FARC was like selling out and avoiding justice. The political opposition built on this resistance since it was the ruling political party who entered the negotiations with the FARC. As a consequence, the opposition built a very strong social media campaign that resulted in the lost referendum, where Colombian voters rejected the ratification of the peace deal to great surprise for all international actors.

In this case the opposition – in contrast to the government – understood the powers of public communication and took advantage of the “peace hype” that meant that resistance was forgotten and remained non-addressed. A key lesson coming out of this is that as an expert facilitator you have to be aware of the “hype” for peace and pay close attention to the resistance that exists and come up with options for how to deal with resistance. Just because the international community or regional actors are supportive, it doesn’t mean that the majority of the population will be supportive.

TP: On the morning of the failed referendum, I boarded a plane to Bogotá. And this choice was entirely based on intuition – we didn’t have funding besides for the flight ticket and to many this could seem like an unwise decision. However, I knew I had to go to Bogotá and to engage with counterparts in person to share ideas on what can be done after a lost referendum. It turned out to be a very wise decision as I was able to speak to many stakeholders including the government, to provide solidarity and most of all, ideas for the immediate next steps to safeguard the peace process. 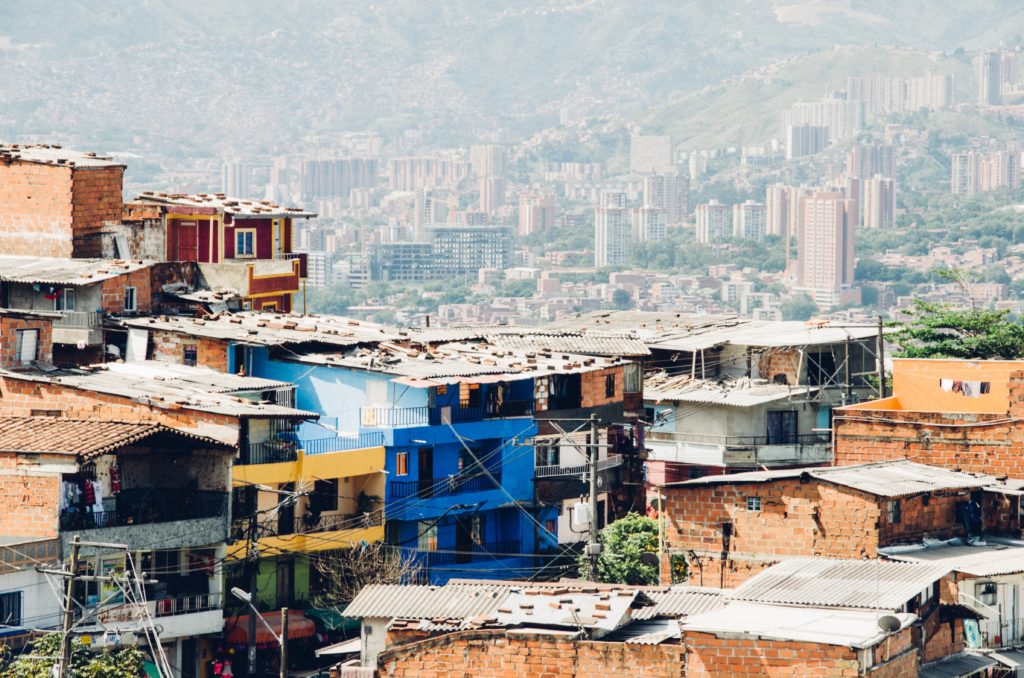 Leading up to the referendum, we had done research comparing previous referendums that took place in peace processes. We looked into what were the conditions in those countries compared to the conditions in Colombia and we shared those findings with the Colombian government as well as international actors. When the referendum then was lost we could – based on this research – provide comparative insights from other processes where similar failures had happened.

So, I would also say that this is a lesson I learned as an expert facilitator: you need to trust your intuition and the fact that sometimes you don’t always know what the right thing to do is, but you have to trust your instinct.

TP: Do you need to know your audience before you enter a new context? And what does it mean to know your audience? In the mediation and peacemaking world there used to be two broad philosophies about how much knowledge you need when you enter a context. One school of thought argues that you should only have minimal knowledge in order to not get dragged into details and preserve a neutral perspective. The other school of thought argues the opposite – namely that you need to know a lot.

My experience is that it depends on your role, the setting and your style. The advantage of Inclusive Peace’s comparative evidence-based approach is that it allows us to bring a lot of knowledge from what has worked and what has not worked in other processes. This approach allows me to start a conversation on options with the parties and other constituencies that all parties find relevant.

Is it possible to do this work without knowing the context and the audience? Not really. In the Colombia case it was essential to assess strategies from other processes with similar conditions in order to develop ideas for Colombia. When assessing the strategies, we looked at the context variables and the mindsets of the audiences in question. In the Colombian case I worked very closely with our research team to prepare and accompany our missions to Colombia in order to provide the most relevant knowledge and examples.

Here we profited hugely from our prior research into previous peace processes in Colombia and research about the mindsets of different armed groups similar to the FARC and the ELN.
This allowed for a fast and profound understanding of their needs, interests, red lines and the best way to communicate with them.

I call this approach to play the role of a critical friend – and this will be the final lesson: Be a friend that listens and asks critical questions but also provides ideas and options. 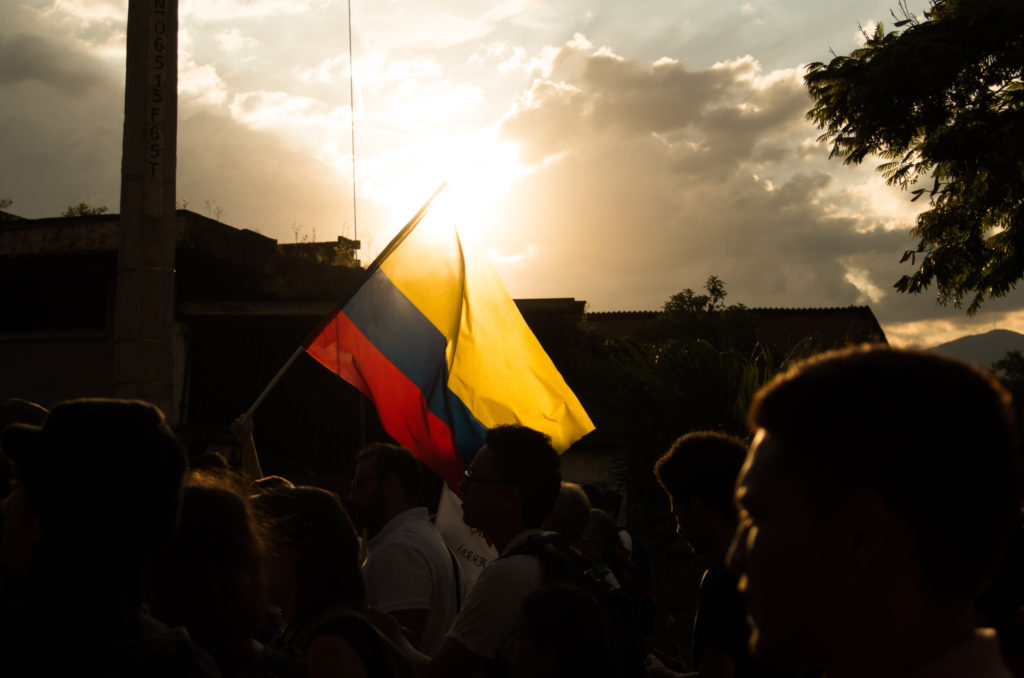 Colombians on the streets in October 2016. Photo: Leon Hernandez/Flickr

Want to read more about Thania’s and Inclusive Peace unique approach to peacebuilding? Dive into her blog Perpetual Peacebuilding: Changing the way we think about and make peace.

This report summarises the findings of two comprehensive research projects. It formulates seven lessons from international experience on Civil Society’s role in monitoring and verification in peace processes.