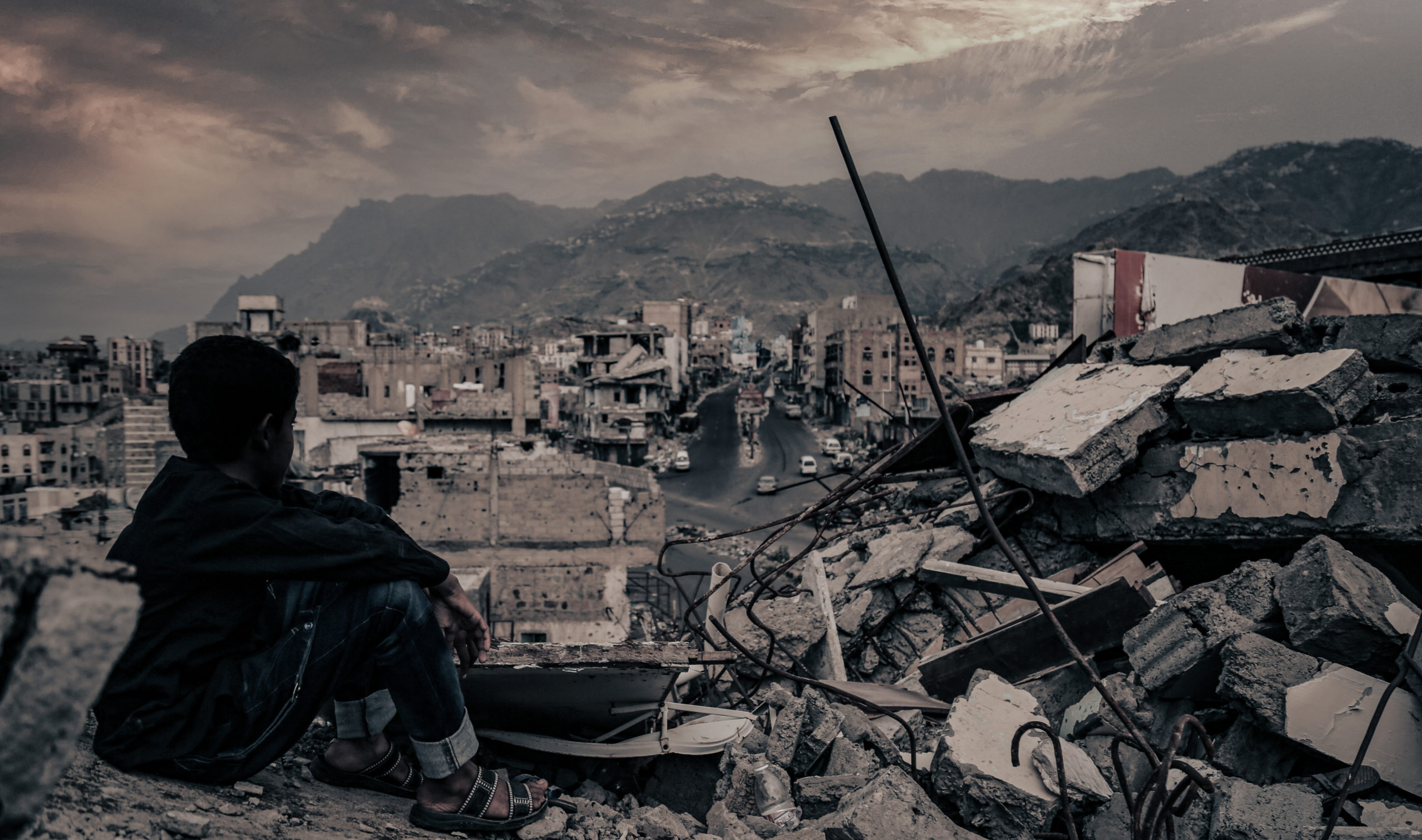 From perpetual war to perpetual peacebuilding in Yemen

On Sunday the 5th of September, the newly-appointed UN Envoy, Hans Grundberg, officially assumed his duties. Next week will mark six years since the Huthis first entered the Yemeni capital of Sanaa, precipitating a civil war which had been simmering for years, and which persists to this day. Have we reached a critical juncture in Yemen? At Inclusive Peace, we suggest that Yemenis and their supporters must seize this moment to rethink the peace process and move towards a culture of perpetual peacebuilding.

When outgoing UN Special Envoy to Yemen, Martin Griffiths, delivered his final briefing to the UN Security Council on 15 June 2021, he spoke with concern and resignation.

‘Yemeni men, women and children are suffering every day because people with power have missed the opportunities presented to them, to make the necessary concessions to end the war’, he declared, later stating that ‘only a negotiated political settlement can truly turn the tide in Yemen’. 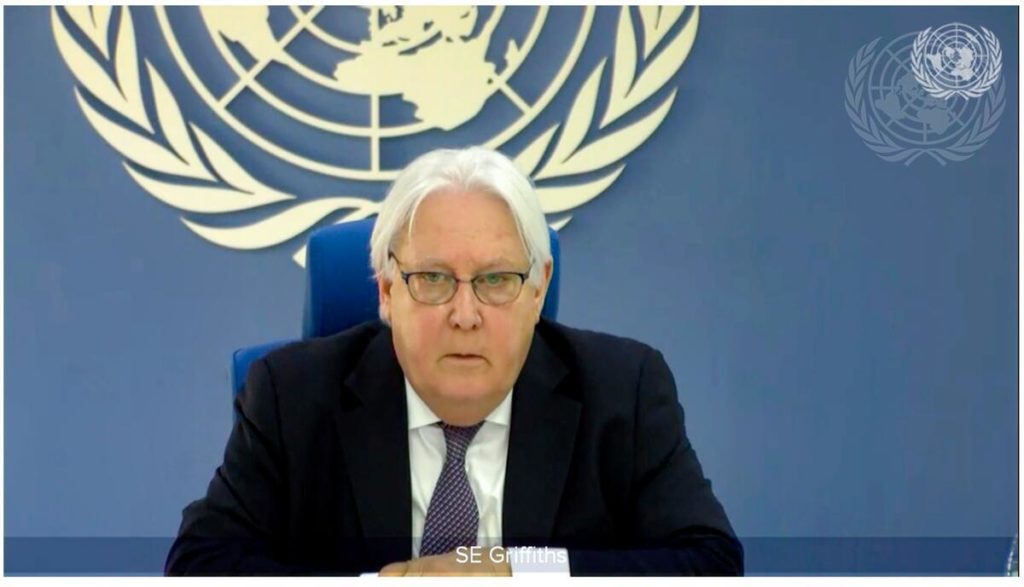 The flaws of the current UN approach were unwittingly revealed in his statement. The idea that the only path forward involves gathering together members of the political elite to reach an accord represents an outdated and narrow view, and contradicts the reality of peace processes.

The flaws of the peace process in Yemen

Griffiths’ words find us at a time of desperation. Having endured over a decade of unrest and violence, the COVID-19 pandemic and its accompanying economic crisis have further entrenched the challenges facing Yemenis.

In his first foreign policy speech in February 2021, US President Joe Biden pledged to end the war by cutting support for offensive operations in Yemen. In March, Saudi Arabia released a peace initiative, proposing a nationwide ceasefire overseen by the UN. In recent months, Oman has attempted to bring the Huthis and Saudi Arabia together for talks. A new UN Special Envoy to Yemen, Hans Grundberg, enters office. Nevertheless, violence persists.

The efforts made by the UN and other members of the international community to promote peace in Yemen following the escalation of the conflict in 2015 have struggled and stalled. Official, high-level negotiations have rarely produced results and on the few occasions on which agreements have been reached, they have barely been implemented.

It is not only in Yemen that international peacemaking is failing to set societies on pathways to peace. In Syria, Libya, Afghanistan, Sudan and elsewhere, belligerents in peace talks remain locked in conventional, linear formats; negotiations have floundered; and any attempts at broadening inclusion are all-too-frequently shallow and cosmetic.

The people of Yemen urgently need the space to transform the peace process and to determine the role of regional and international actors. It is time for Yemenis and their supporters to reflect on the process to date and to develop ideas for fundamental change.

Possibilities for a transformed peace process in Yemen: provocative questions and strategic options

Innovation and courage are required in Yemen. At Inclusive Peace, our comparative research offers glimmers of hope, and a range of strategies by which Yemenis and members of the international community could begin to rethink the peace process.

In Yemen, the UN is constrained by UN Security Council Resolution 2216, an agreement reached in 2015 which characterises the war as a contest between the Huthis and the internationally recognised government led by President Hadi. However, Yemen is now profoundly fractured and fragmented. Military, economic and ideological power is so diffuse that analysts write of ‘multiple Yemens, tiny statelets and zones of control held by an expanding number of armed groups, all of which have different goals and trajectories’.

Can the UN adapt to this reality? If not, who else could the Yemenis turn to for supplementary mediation and facilitation? Multiple mediators, working in concert or sequentially, is not without precedent.

In Mozambique, two Italian members of the Communità di Sant’Egidio, a Mozambican Roman Catholic archbishop, and a representative of the Italian government brokered the Rome General Peace Accords of 1992. Regional governments and business professionals also brought pressure to bear upon the warring parties before the UN entered the stage to oversee the implementation of the treaty.

The peace process in Aceh, as a second example, was first mediated by the Centre for Humanitarian Dialogue between 1999 and 2004 before the Crisis Management Initiative oversaw dialogue in 2005.

Both Saudi Arabia and Oman have already made forays into the process and Yemenis must consider which mediators are best-equipped to work in harmony to grapple with the fluidity and intricacy of the conflict. Yemenis could also consider whether all these mediators do indeed need to be external. 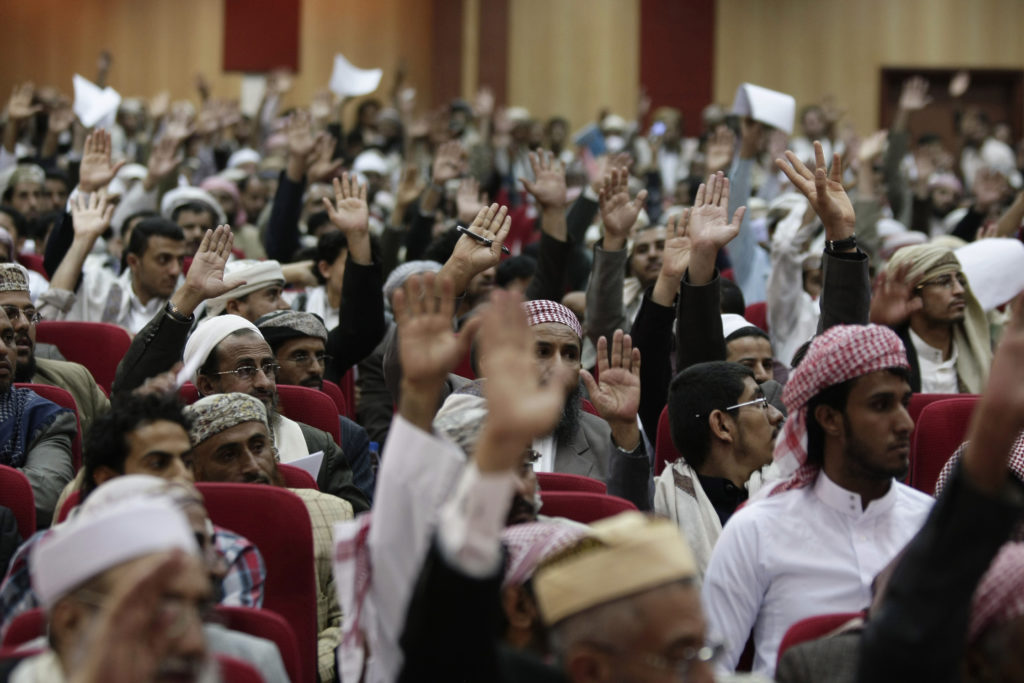 The region as part of the solution

The conflict in Yemen is both regionalised and internationalised. Yemen’s neighbours, together with states further afield, hold culpability for the chaos and tragedy in Yemen. Saudi Arabia and the United Arab Emirates, in particular, are tightly enmeshed in the fates of predominant Yemeni factions, and the war in Yemen must be considered in the context of regional and international rivalries and alliances.

How might a reimagined peace process grapple with this complexity? The Economic Community of West African States (ECOWAS) has spearheaded peaceful resolutions and restored constitutional governments in Burkina Faso, Côte d’Ivoire and Gambia, offering multiple cases of effective, regional cooperation in search of peace.

And while its efforts were fruitless, in the early years of the Syrian crisis, the Arab League attempted to defuse the conflict and monitor a ceasefire.

Those along Yemen’s border may have provoked and exacerbated the pain of Yemenis but it is not inconceivable that they may also need to play a prominent and, crucially, collective role in any reconstructed peace process.

The National Dialogue Conference, convened between 2013 and 2014, has been condemned as unwieldy, unrepresentative and unrealistic. The Dialogue did, nevertheless, succeed in gathering together Yemenis from across the country to deliberate the future of the state.

Following the seizure of Sanaa by the Huthis in 2015, however, the peace process has dramatically narrowed. Consultative mechanisms involving women, such as the Technical Advisory Group (TAG), have been sharply criticised as being superficial while, as a forthcoming Inclusive Peace report will show, the array of unofficial, peacebuilding initiatives which have emerged over the course of the conflict have struggled to influence the high-level talks.

However, the ways in which those traditionally marginalised and excluded from peace negotiations can be included within peace processes are wide-ranging and flexible.

In Kenya, for instance, a state which has contended with recurring election-related violence since the mid-1990s, peacebuilding has taken the form of mass movements, constitutional amendments, anti-corruption initiatives, civil society campaigns, dialogues overseen by the regional body the African Union (AU), transitional justice commissions, bargaining between members of the political elite, and attempts at national dialogue. These diverse efforts have all taken place in the context of light-touch international support. 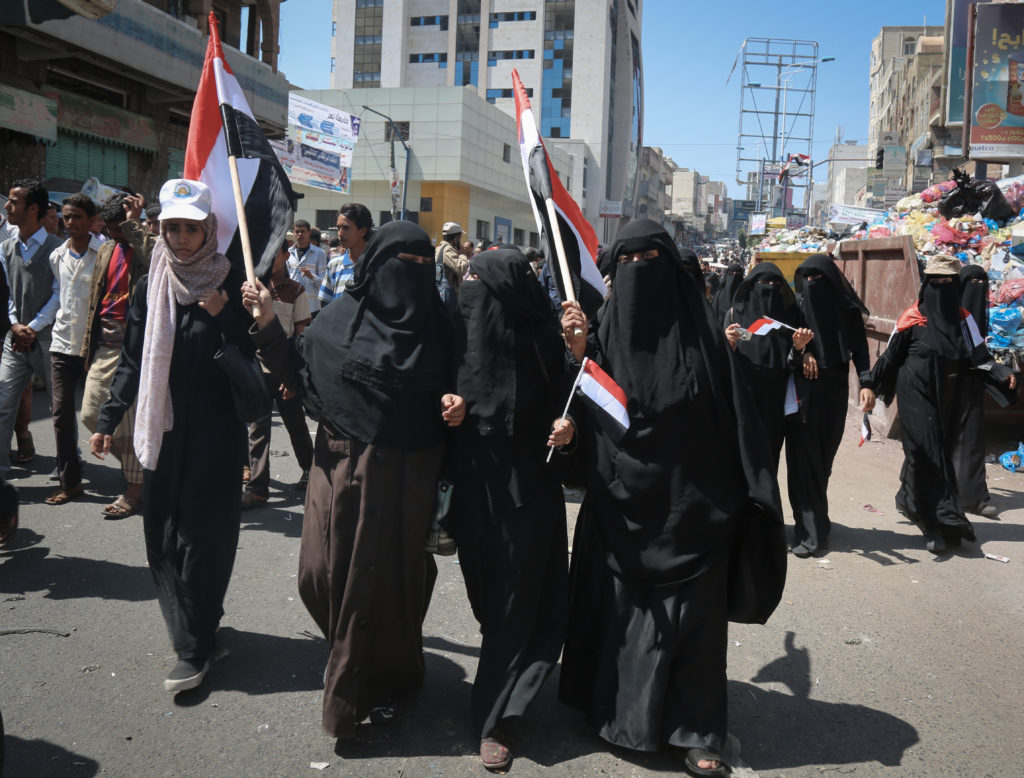 Our most crucial suggestion, therefore, is that Yemenis must be afforded the space to rethink the peace process in its entirety. In doing so, they could reflect upon the following:

And by expanding the very definition of peacebuilding to encompass locally-owned, formal and informal processes, peacebuilding in Yemen will inevitably come to encompass greater swathes of society together with a broader range of themes and challenges.

While peacebuilding, in this conception, may also become more messy and prolonged, it will nevertheless represent a leap forward from the deeply frustrating, ineffectual and stubbornly conventional efforts which currently dominate the conflict resolution process.

Towards perpetual peacebuilding: time for change in Yemen

Peacebuilding is a perpetual endeavour: it does not only take place at a formal, negotiation table, and cannot be detached from the broader arc of a society’s development. Peace is negotiated and re-negotiated incessantly and pathways to peace must be home-grown. The time has arrived for third parties in Yemen and elsewhere to adapt to this reality.

In his final briefing, Griffiths concluded that his efforts over the last three years have been ‘in vain’, remarking that Yemenis deserve more than a life of ‘perpetual war’. If the newly appointed UN Special Envoy to Yemen is not to repeat these words when he leaves the position, we must see a radical shift in approach.