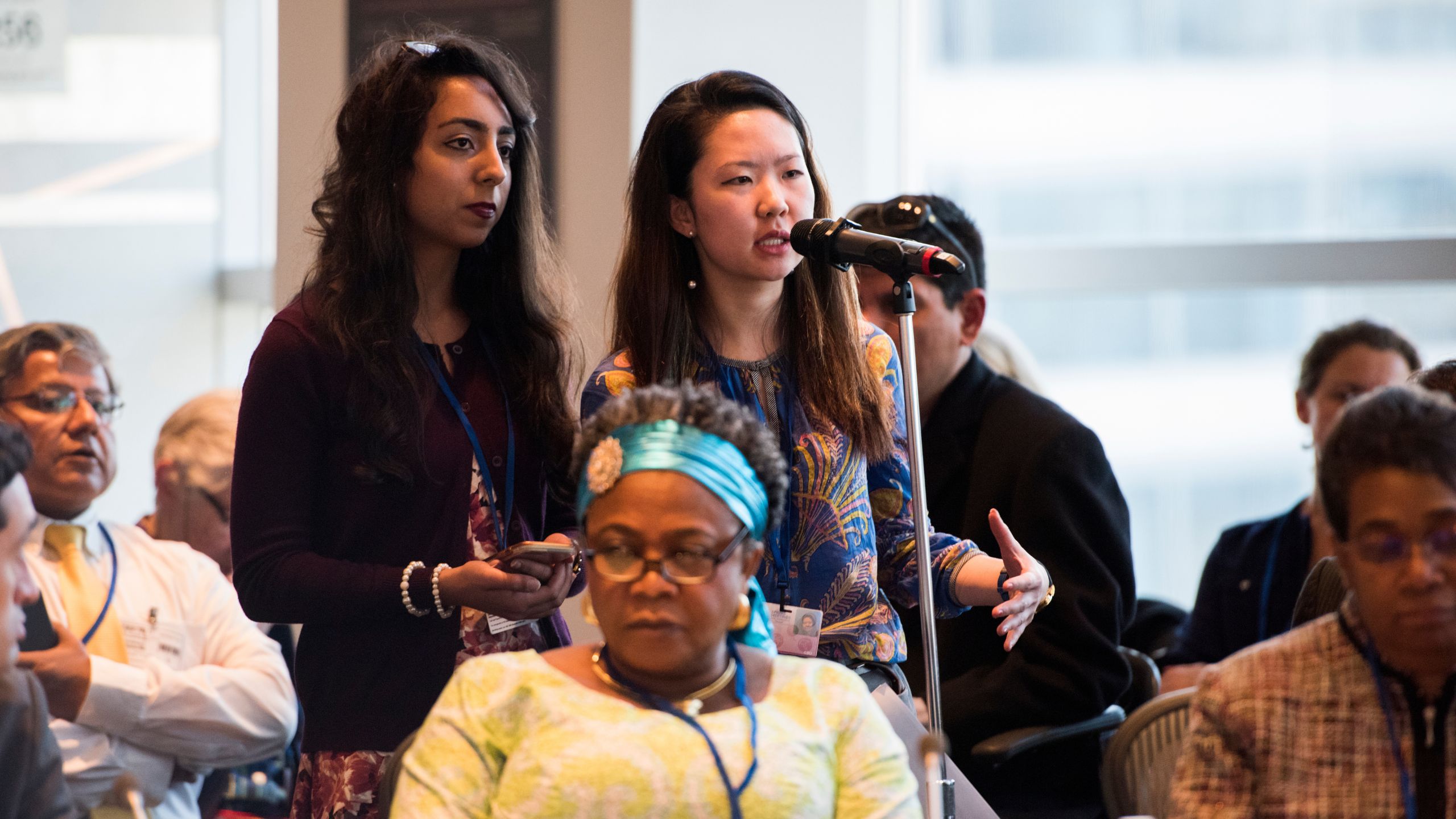 Shifting the focus from inclusive processes to inclusive outcomes

Inclusion has for over a decade been a buzzword in the peacebuilding field. We know when inclusion works, peace agreements are more likely to endure if youth, women and diverse minorities take part.

Even though these frameworks have inspired more inclusive peace and political transition processes, there is an overfocus on inclusive processes and a neglect of what it actually means to reach an inclusive outcome.

What do we mean by inclusive outcomes? This is a society in which conflicts are resolved without violence or discrimination, where all members are equally able to access their full human rights regardless of their gender, age, ethnicity or religion, disability, gender identity or sexual orientation.

There is a general focusing on breaking down the barriers to inclusive processes, instead of looking into opportunities and approaches to enable inclusive outcomes. Inclusive processes are difficult enough to achieve, and if we lose sight of the goal – a peaceful and inclusive society – and focus only on the inclusive aspects of a process, time, energy and money might be wasted.

In South Africa, mechanisms of the peace process gave rise to meaningful public participation. Members of civil society organisations, including trade unions and women’s organisations were included in power-sharing executives as representatives of the major political parties and exerted considerable influence. The newly-elected parliament was broadly representative and was committed to civic politics and inclusion as a guiding principle. This enabled the inclusion of political and ethnic minorities in all decision-making organs and substantive civil society input to other facets of the peace process, notably the Constitutional Assembly and the Truth and Reconciliation Commission, which was initiated and headed by prominent civil society and religious leaders. This approach laid the foundations for a more progressive and inclusive governance structure for the country going forward.

The examples given demonstrate that inclusive outcomes are possible, so what needs to change in peace and political transition processes to make this happen? We know a shift of focus in peacebuilding and peacemaking is needed, but how can this be achieved?

First and foremost, we see that there is a need to focus not only on women’s participation, but participation by all groups that constitute a society – so not only privileged groups in urban centres, but also groups from different ethnic, religious and geographic backgrounds that make up the full picture of a country’s population, including older people and representatives for the growing youth segments of many conflict affected contexts.

The cases of South Africa and Nepal provide examples of how an inclusion formula can establish a framework for a maximalist approach to who is participating and how in the future of decision making in all aspects of society and politics. It outlines the standards of participation not only in the peace process but in a country’s governance structures and socio-political sphere in the long term. And truly inclusive participation is not only achieved through implementing quotas for individual specific groups – such as women, youth and ethnic or religious minority groups –  but through broader affirmative action and representative diversity criteria reflecting the makeup of a society which are incorporated into every day formal and informal institutions.

It is vital to apply a holistic approach to inclusion from the initial design stages to final outcomes. In our recent work to support partners working to influence the National Dialogue process in Ethiopia, we identified some insights to push for inclusion and influence in the early stages of a political transition process. They include the need for early action to boost prospects for sustained engagement and influence; building effective coalitions and making sure external support matches coalitions’ needs. Without these key ingredients, inclusion in both processes and outcomes will be hard to reach.